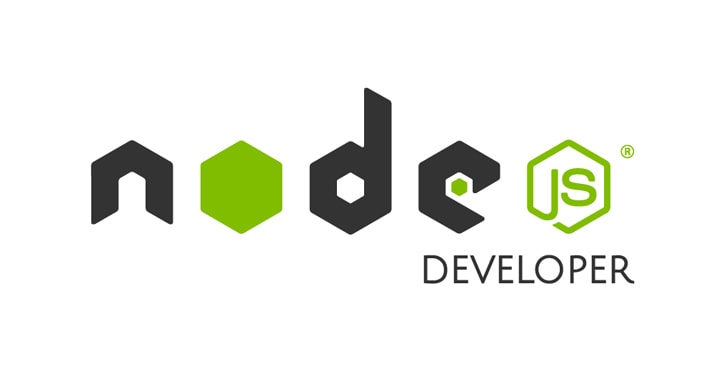 I believe that as the initial hype has expired, and as people have moved from the basic ‘it is very easy to write a website that is high performance’ to a realisation that actually the non-blocking single threaded nature of Node is only part of the solution to its proclaimed scalability in many scenarios, we may have hit ‘peak Node’.

There are positives and negatives to Node, as with any language or framework.

I forgot to add in my initial post, that Bower is already facing competition from jspm. A week is a long time in JavaScript.

Update 2015: I note that a graph has been used in one other answer that shows amazing growth rates for Node.js jobs advertised on the Indeed website. That seems pretty impressive…

… until you realise, that is actually a bit disingenuous, as it relative to a base that was effectively zero. Switching the exact same graph to display absolute data tells a very different story: 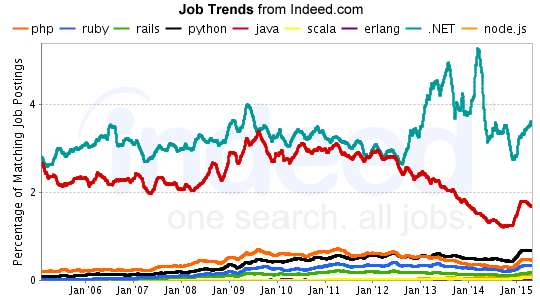 Looking at Percentage of Matching job postings, it would seem that in fact, Node.js is, effectively, irrelevant – tip: the top orange line is for PHP, the lower, pale orange line hidden amongst scala, erlang, rails, is Node.js.

To make it clearer, and to include JavaScript itself (node.js is the green line): 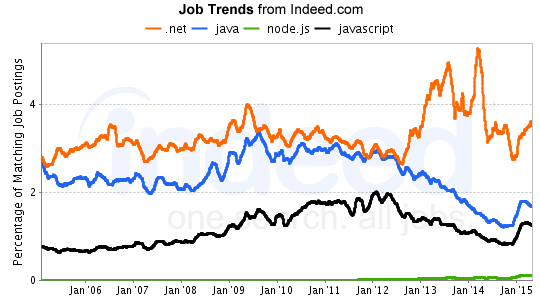 My point on this, is that people should be careful not to fall for the over-hype that surrounds Node.js.

I believe I should add three points, a mix of pros and cons for Node.

a) Nodes initial breakthrough was non-blocking IO. Since then, many other mainstream languages have adopted the asynchronous approach that Node pioneered. As I mentioned in my initial answer, Node is not the only tool that should be considered, but it is highly appropropriate in certain circumstances. Microsoft has subsequently released .Net Core with high performance async / await and the ability to use fibers (Coroutines), and Google has subsequently released Go, which also offers concurrency via Coroutines (which they have named Goroutines). I highly recommend looking into these approaches (Coroutine – Wikipedia)

c) The rise of Server Side Rendering of JavaScript based UIs (in conjunction with Progressive Web Applications), for example Next.js for React, and Nuxt.js for Vue makes Node an attractive choice for this specific approach to web development.

My original assessment still stands – Node is very suitable for some applications, but it is not the only approach that can be used. Usage appears to have plateaued, with the advent of languages such as Go.